Located on the foothills of Provo, Utah, the Provo Missionary Training Center South Campus consists of three separate buildings, adding over 530,000 SqFt to the existing campus. Each structure is six stories tall with a common parking garage below. The structural design utilized the SidePlate welded moment frame system connection. This seismic system provided an open floor plan and superior structural integrity for the high seismic location.

Due to the tight schedule and large tonnage, Sure Steel contracted with two separate fabricators to fabricate the steel. This allowed us to get over 5,300 tons on the job site quickly and also allowed for extra capacity should one fabricator get behind.
At peak, Sure Steel had over 120 erectors on site, working in four separate crews to erect two of the structures simultaneously before moving to the third. 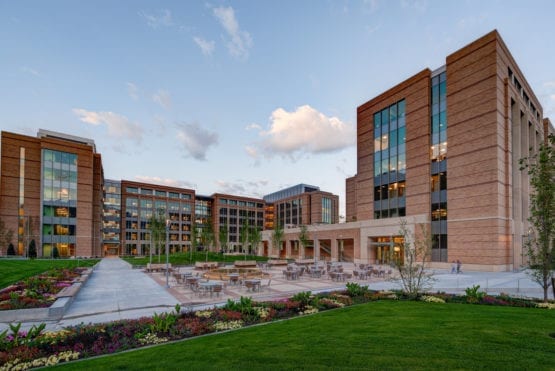 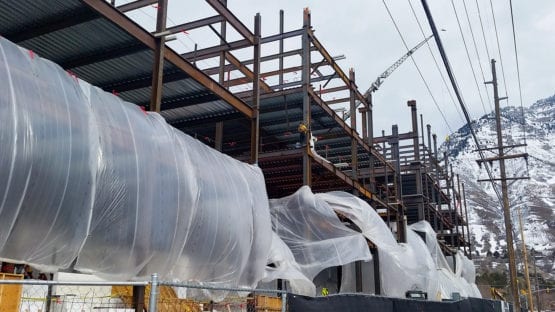