With its dedication on September 23, 2012, the Brigham City Utah Temple became the 14th temple in Utah, serving more than 40,000 members of The Church of Jesus Christ of Later-day Saints in northern Utah and the Malad, Idaho area. The temple is situated directly across the street from the historic Brigham City tabernacle and sits atop a 3.1 acre parcel of land known as Central Square, a place where Central Elementary School stood for decades.

This project was a three-story, 44,800 SqFt structural steel building made up of approximately 543 tons of steel. Sure Steel was responsible for a turnkey steel package for this complex, structural steel project. Sure Steel was involved early on this project and coordinated the shop assembly of portions of the towers and precast connections. This helped reduce cost and expedited the schedule.

3D modeling was used to identify conflicts which were found and corrected before steel and precast were installed. Sure Steel’s involvement allowed this project to meet its budget and helped facilitate a fast-pace schedule. 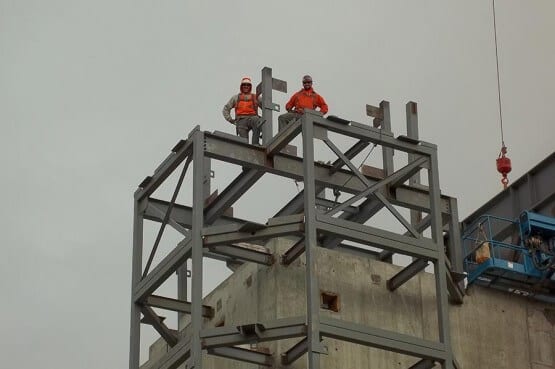 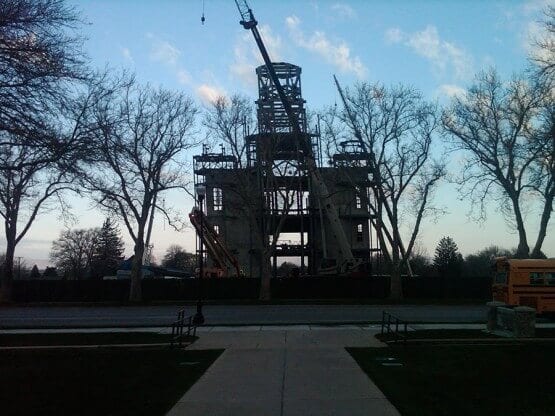 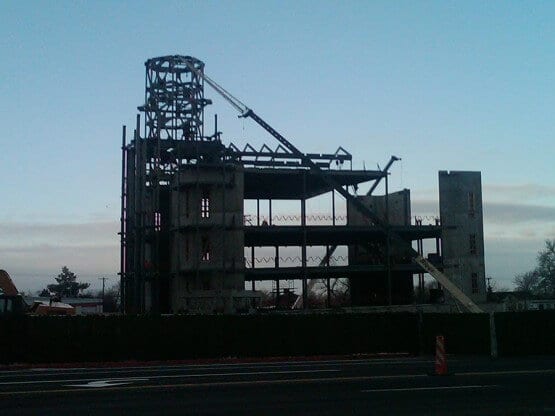 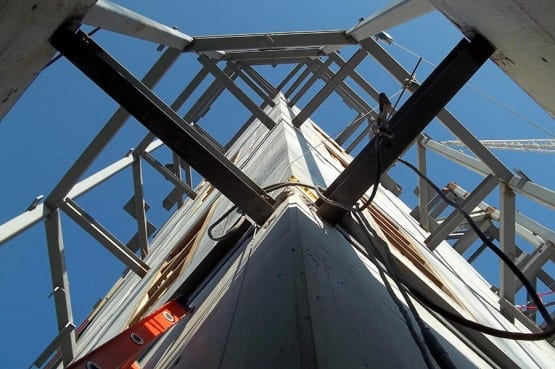 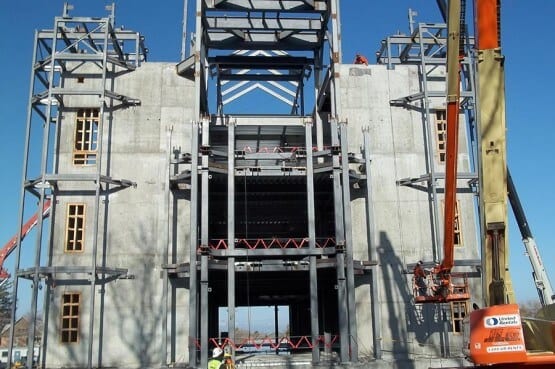 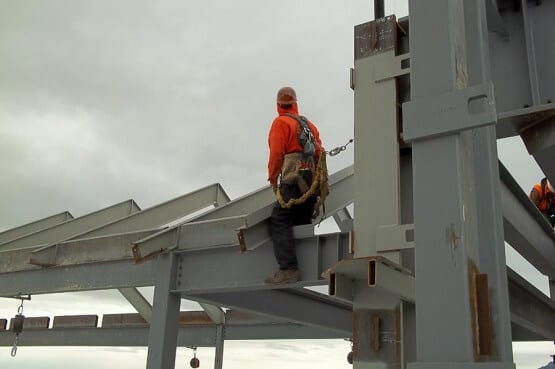